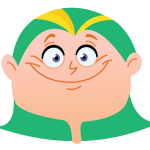 As a small business owner, I can tell you that it is easier than you think to run into financial problems. I started realizing that I was a little bit of an excessive spender a few months ago, when I realized that my credit cards were all maxed out. It was really frustrating and it disrupted my ability to spend money, which is why I decided to start focusing on resolving business challenges. I was able to completely dig myself out of trouble by focusing on proper business principles, but it wasn't easy. This blog is all about choosing better business moves.

If the employee has gone to work for a company based in another state, that could make enforcing your non-compete difficult, if not nearly impossible. California and Texas, for example, are very much on the side of the employee in these cases as non-competes are considered a form of restraint on the employee's ability to work freely. Many states do enforce non-competes (given additional qualifications), but if your investigation involves crossing state lines, don't be surprised if enforcement ability looks unsure.

Overreach and the Right to Earn a Living

Another issue is that noncompetes can sometimes overreach, badly. Telling an employee they can't work for a competitor in a job that's similar to what they do now for a few months after quitting your company is one thing. It's quite another to tell that employee they can't work in the same field ever again or that they need to get your permission to quit and your permission to join a specific company. Those last examples would be seen as excessive restraints on the employee's right to work and right to choose where they work. That sort of non-compete could be seen as excessively controlling of a former employee's life.

There are also many technicalities that could trip up enforcing your non-compete. Maybe you forgot to sign the agreement; it's a small thing but can void the agreement. Or, maybe you didn't really give an existing employee anything in return for their new agreement to not work for a competitor. (When you ask someone already working for you to sign a non-compete, you have to provide something in exchange, a process called consideration.)